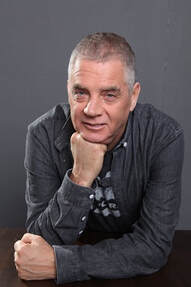 Shimon Sheves was the General Director in Israel's government when Prime Minister Yitzhak Rabin was serving and has gained a solid reputation as an adept leader in the planning and hands-on management of immense and complicated infrastructure projects. He has earned his respected reputation through a history of both on-the-job experience in the public management sector and representing global financial institutions as well as investment conglomerates abroad. In addition to his service to Israel, he has served as a crucial political advisor to prime ministers from Romania, Austria, Hungary, political figures in the US and the President of Serbia. He also served as the Chairman of RSLB Partners, a private company that he helped to establish.​

A graduate of the University of New Haven, Shimon Sheves earned a degree in business and public administration. In continuing his education, he graduated from studies that involved national and global defense sponsored by America's Department of Defense.

Shimon Sheves's first public roles were Chairman of Golan Settlements Committee, the Deputy Chairman of Golan Heights Regional Council and the Chairman of the Golan Economic Development Company, where he worked to initiate changes in the economic scene that encouraged development in the north of Israel.
Political Positions and Appointments
Shimon Sheves worked for the Israeli Department of Defense for six years and served as the personal and political aide to Yitzhak Rabin, who was the Minister of Defense at that time. During the course of his work with the ministry, he was also responsible for National Infrastructure, Settlements & National Priority Regions. After Yitzhak Rabin was elected as Israel's PrimeMinister, Shimon Sheves was appointed as the General Director and the Chief of Staff. In this capacity he headed inter-office committees that were appointed by the Israel government to release land in different villages for the construction of some 70,000 residential units.

Switch to the Private Sector

RSLB was a company that represented Israeli companies and businessmen to American businessmen that were interested in providing necessary funding.

It is vital to Shimon Sheves that he is intricately involved in local affairs as well as international happenings. He has held positions on the board of the Israel Military Industry, the Trade Bank and Israel's Aircraft Industry.

Shimon Sheves is a sought after management and strategy consultant, particularly in the field of sustainable and economically viable infrastructure development. He works in Brazil and inseveral countries in Africa, providing strategic support to local developers of hotels and other hospitality developments.

The growth of the Israeli cyber industry is the key focus of Mr. Sheves’ career. He provides management consulting services to cyber and high-tech firms in Israel and the US. The cyber industry, cyber security, and technology industry are the fastest growing in Israel, and Sheves is particularly passionate about bringing these skills and developments to the rest of the world. Shimon is the founder and chairman of HolistiCyber company that provides a nation-state level cyber security solutions.
​